Be our guest! The Woodward Hotel is now open for business. The nine room boutique hotel was completed earlier this year just in time for NewTown Macon to host 300 downtown professionals for the Georgia Downtown Association Conference in August. Guests will find luxury rooms boasting historic architectural details and nods to Southern literature in the decor. Moonhanger Group partnered with NewTown Macon to develop this property to meet the market demand for downtown hotel rooms. Between our robust calendar of concerts at our 8 theatres and venues, 52 locally-owned restaurants, and vibrant nightlife, downtown is a desirable destination for an overnight stay. While you’re here, be sure to visit Quill around back for literature-inspired craft cocktails and take a photo of the mural featuring Pleasant Hill native and Harlem Writers Guild founder John Olliver Killens from the rooftop patio.

City directories indicate the existence of a store at this location as early as 1855. An 1857 Macon Telegraph ad announced the opening of a "new and beautiful store", which was a milliner shop owned by Mrs. Sarah Audouin. By 1884, 350 Second St. was the site of the Mack Brothers dry goods store. The dental office of Dr. Darwin Wright was located on the second floor of the building until 1900. For the next 36 years, until 1920, the second floor of the building served as the offices for a variety of medical professionals. The first floor of the building had a variety of uses between 1884 and 1925. In addition to a dry goods store (1884-1889), it served as a jewelry store (1889-1900 and again between 1917-1920), as well as the business office of the Central of Georgia Railway, an office supply company, a clothing store, and a banking and trust company.

For 49 years, until approximately 1974, 350 Second St. was utilized exclusively by two businesses - Willingham & Payne, Inc., an insurance company, and Willingham Loan & Trust Company, real estate brokers. The building was either vacant or had short term commercial occupants in the late 1970s and during the 1980s. In 1990, it began to serve as law offices and did so for the next 25 years until again becoming vacant in 2016. 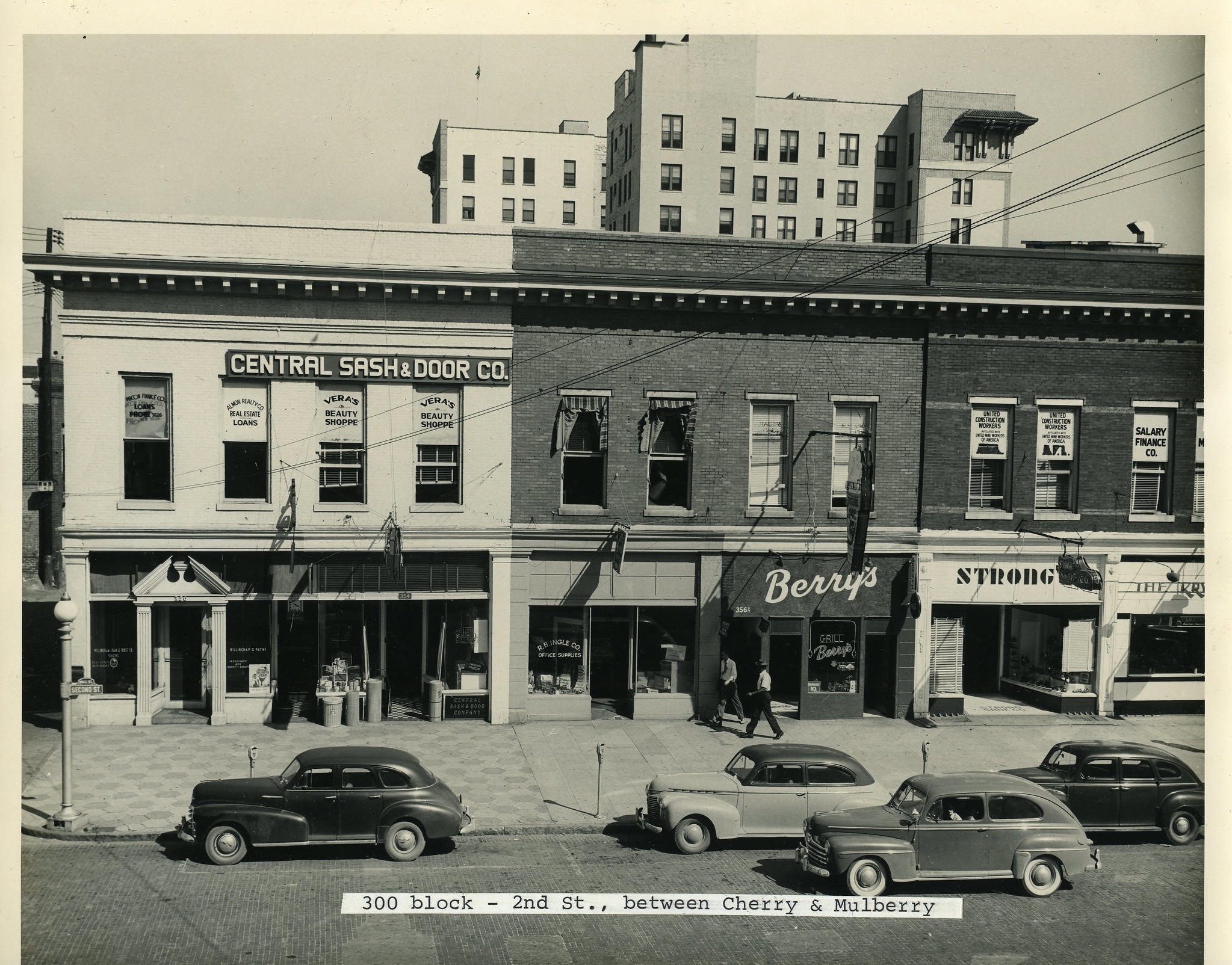