Downtown Macon is more colorful thanks to this stunning new mural at H&H. The mural, painted by Steven Teller, depicts H&H Soul Food’s original owners: Inez Hill, affectionately known as Mama Hill, and Louise Hudson, known as Mama Louise. Pictured with the leading ladies is the Allman Brothers Band. Legend has it that Mama Louise fed the band before they became famous. The band came to H&H one day and could only afford two plates to split between the band members, but Mama Louise fed them anyway. Over the years, the band became friends with Mama Louise, earning her the name “The Mother of Southern Rock.”

It took Teller six weeks of 12-hour days, working in all weather conditions, to complete the mural. Dozens of community members gathered in February to celebrate the completion of the mural and the history it represents. During the dedication, Mayor Lester Miller declared February 11 as Mama Louise Day for her contributions to Macon’s culinary scene and the birth of Southern Rock.

Take a photo in the 360 photo booth with this now iconic mural. Downtown Diversity Initiative graduate and winner, Tiffany Minter, is providing the photobooth today through her business Instamajic Photobooth.

And be sure to check out Steven Teller Arts’ Instagram for photos and videos of the process. 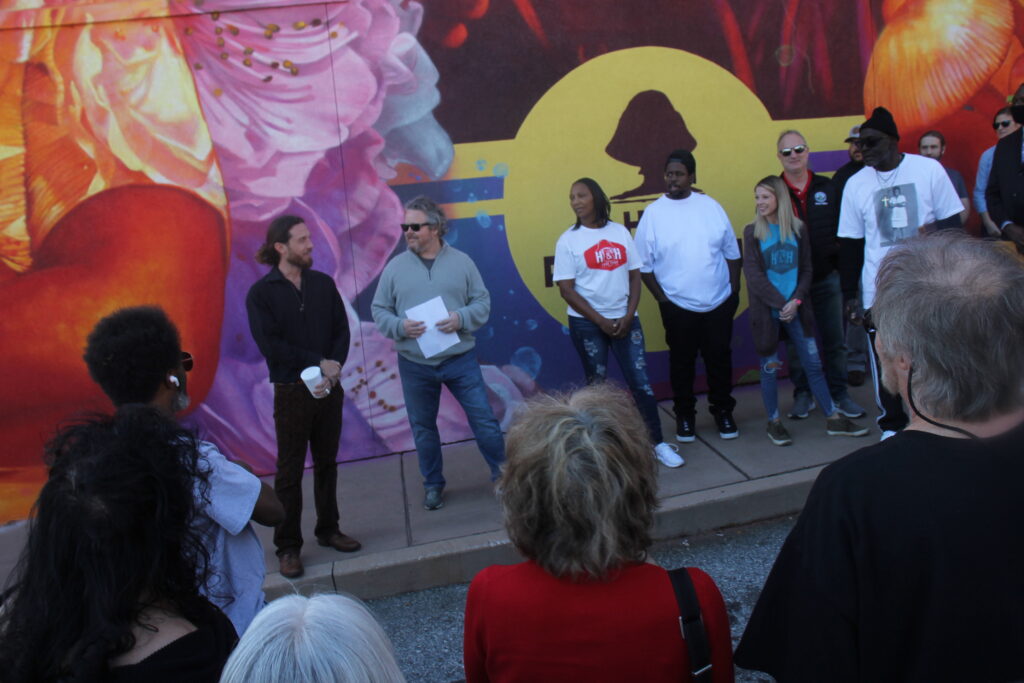